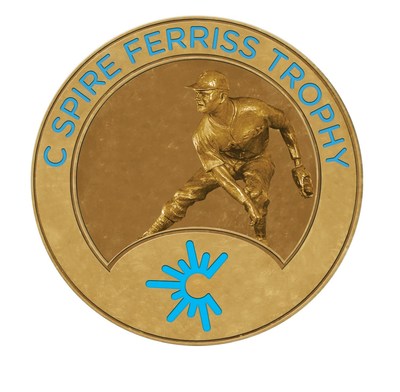 Chosen by Major League Baseball scouts and college baseball coaches in Mississippi, the five finalists include two players each from Mississippi State and Ole Miss and one from Southern Miss. Finalists are two-time nominee Matt Wallner of Southern Miss, Mississippi State’s Jake Mangum and Ethan Small and Grae Kessinger and Tyler Keenan of Ole Miss.

The scouts and coaches, whose votes count for 90 percent of the total, will make their choice this week from among the five finalists.  Fan voting, which begins tomorrow at www.cspire.com/ferriss and concludes on Saturday, will account for a weighted 10 percent of the final tally.  The winner will be announced on May 20 at a special Mississippi Sports Hall of Fame luncheon.

«Several players have been outstanding this year – so competition will be stiff for the award,» said Bill Blackwell, executive director of the MSHOF, which co-sponsors the award with C Spire. Ole Miss and Mississippi State have been nationally ranked all year and Southern Miss is 32-17 and tied for the top spot in the Conference USA standings.

Former Mississippi State University player and long-time MLB manager «Buck» Showalter will be the guest speaker at the C Spire Ferriss Trophy luncheon, which begins at 11:30 a.m. Showalter, who guided the Orioles, Yankees, Diamondbacks and Rangers, played his collegiate ball at MSU where he hit .459 in 1977.  He also served two stints as an ESPN baseball analyst.

The finalists, in alphabetical order, are:

Advance tickets are on sale, including full tables seating 8 persons for $350 each along with reserved seating, half tables and individual tickets. For more information or to purchase tickets, call the MSHOF offices at 601.982.8264, stop by at 1152 Lakeland Drive in Jackson or go online at http://msfame.com/c-spire-ferriss-trophy/.

2019 marks the 24th anniversary of the Outstanding Player Awards Program.  C Spire has served as title sponsor for 22 of those years since 1998.  The Conerly Trophy in college football, the Howell Trophy in men’s college basketball, the Gillom Trophy in in women’s college basketball and the Ferriss Trophy in college baseball comprise the four elements of the C Spire Outstanding Player Award series, which are jointly presented by the company and the Mississippi Sports Hall of Fame.

About the Mississippi Sports Hall of Fame
The Mississippi Sports Hall of Fame exists to promote, preserve and protect Mississippi’s rich sports heritage for this and future generations.  The Museum serves as a destination for sports legends to live forever through interactive displays and exhibits where visitors can play, live and dream.  The non-profit, charitable organization recognizes excellence in athletics and contributions to sports.  For more information, visit www.msfame.com or follow us on Facebook at www.facebook.com/mssportshofandmuseum or Twitter at www.twitter.com/mssportshof.