RIDGELAND, Miss., May 9, 2019 /PRNewswire/ — With the start of the 2019 Atlantic hurricane season just around the corner, C Spire is reminding consumers that they can receive free, location-based notifications on capable mobile phones under a national public safety warning system designed to alert consumers during emergencies. 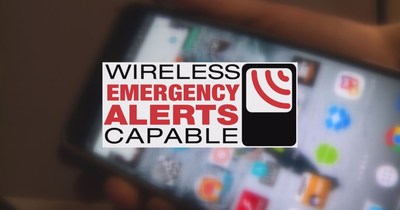 Wireless carriers voluntarily broadcast the Wireless Emergency Alerts (WEA) over their networks in cooperation with state and federal authorities under the Commercial Mobile Alert System (CMAS) program, but only after extensive testing and certification by the Federal Emergency Management Agency (FEMA) and the Federal Communications Commission (FCC).

The alerts played an important role in keeping Mississippi residents updated about weather threats during a rash of tornadoes, severe storms, and record backwater flooding that swept through the state in recent months, killing one person, injuring others and damaging hundreds of homes and businesses. Without the alerts, more injuries and deaths may have resulted and damage totals would have been much higher, according to emergency response officials.

«Alerts received at the right time can help keep you safe during an emergency like a hurricane,» said Carla Lewis, chief technology officer for C Spire. «With WEA, warnings are sent to your phone when you’re in harm’s way without the need to download an app or subscribe to a service.  We know that these messages delivered over our network help save lives.»

C Spire currently offers 71 WEA-capable devices, which are identified with a special logo both in stores and online.  All smartphones manufactured and introduced after 2012 are WEA-capable.  The C Spire certified device list includes:

Lewis said the WEA messages feature a special tone and vibration that is repeated twice so users can easily identify these types of emergency alerts.  In many smartphone models, there is an audible warning.

Alerts are targeted to impacted geographic areas, some smaller than counties, where threats occur and Lewis said customers will receive the message if they travel into an area where an alert has been issued or if they are already within the area using a WEA-capable device.

The alerts are required under the Warning, Alert and Response Network (WARN) Act, a 2006 law that established a voluntary, national emergency alert system called for by President Bush in the aftermath of the Sept. 11, 2001 al-Qaeda terrorist attacks on the U.S. that killed more than 3,000 people, damaged the Pentagon and destroyed the World Trade Center in New York City.

For more information about Wireless Emergency Alerts and CMAS on the C Spire network, go to www.cspire.com/cmas.